The ImagingRing is a Cone Beam Computed Tomography (CBCT) medical imaging system. Its design is based on having independently moving components that are easily controllable by the user. It consists of a kV X-ray source and a flat panel detector (that is also capable of MV imaging) and enables both 2D and 3D imaging in treatment position. These features, combined with the possibility to integrate the ImagingRing into a variety of existing radiation therapy facilities make the system a unique and flexible cutting-edge imaging solution. 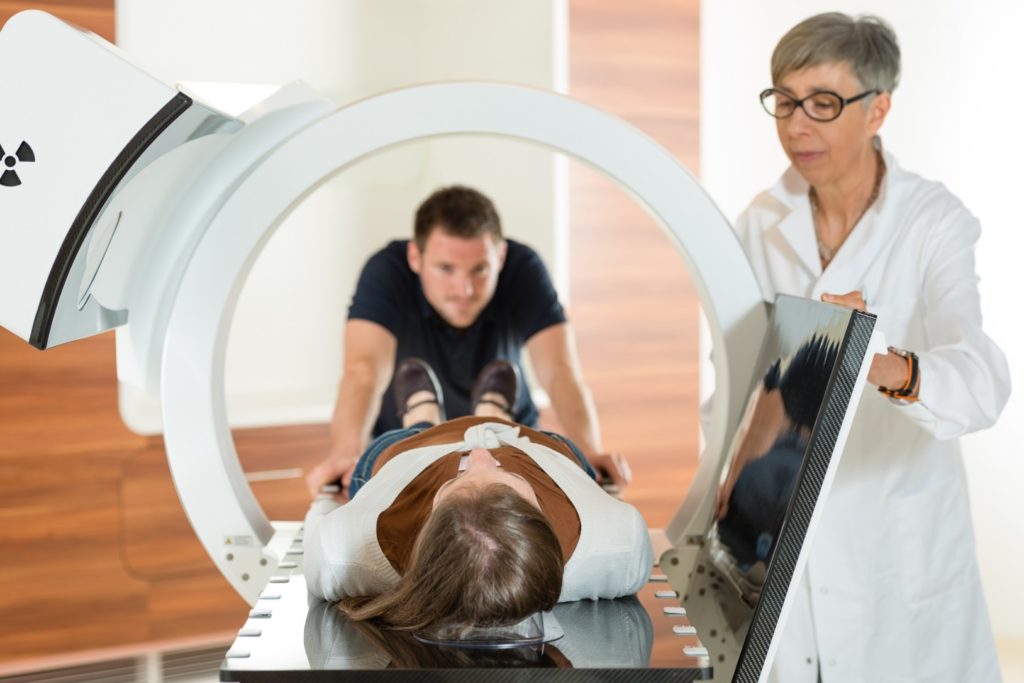 The unique design based on two arms carrying X-ray source and flat panel detector mounted on a ring which is made of a highly strong aluminium-alloy allows an exactly reproducible and completely independent movement of the imaging components along the ring. Rotational movements of source and detector are facilitated via highly precise and low noise ball bearings. Each of the arms is powered by an innovative drive concept realized via servo motors driving a tooth belt. Due to the cable guidance system inside the ring, X-ray source and detector rotate more than 400 degrees around the patient, giving the flexibility for full-arc large field of view (LFOV) acquisitions. 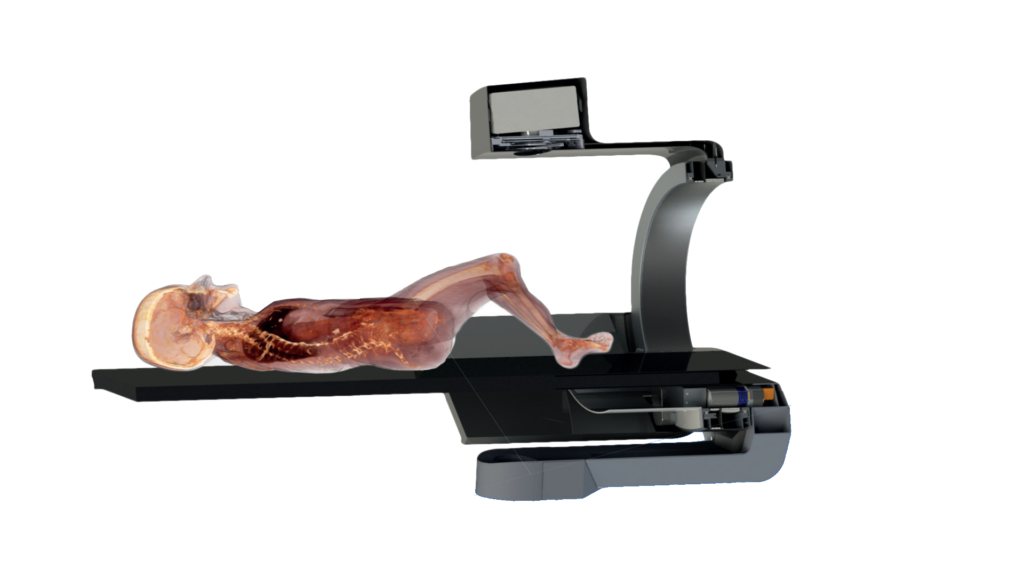 The ImagingRing is inherently designed to provide highest accuracy for on couch imaging and patient registration. Based on the simple interface to patient positioning systems (PPS), the ImagingRing is compatible to most commen robotic positioning systems, ceiling as well as floor mounted. It is based on an 77 cm inner diameter  lightweighted aluminum ring, as core piece, carrying an imaging system which comprises a freely rotatable X-ray source and a 41 x 41 cm flat panel detector for the fast acquisition of large field of view 2D-projections as well as the reconstruction of 3D volumes.

The independently moveable imaging components allow for extended field of view images by stitching of images. Non-isocentric dynamic image acquisition protocols can be performed, allowing to focus the X-rays on certain regions of interest and by such reducing the imaging dose to the patient. The system is prepared for high framerate dual energy imaging to improve tissue characterization in soft and bony anatomy (research ongoing, not yet clinically released). The unique carbon couch design facilitates movements of the ring along the patient axis so that the whole body can be captured. 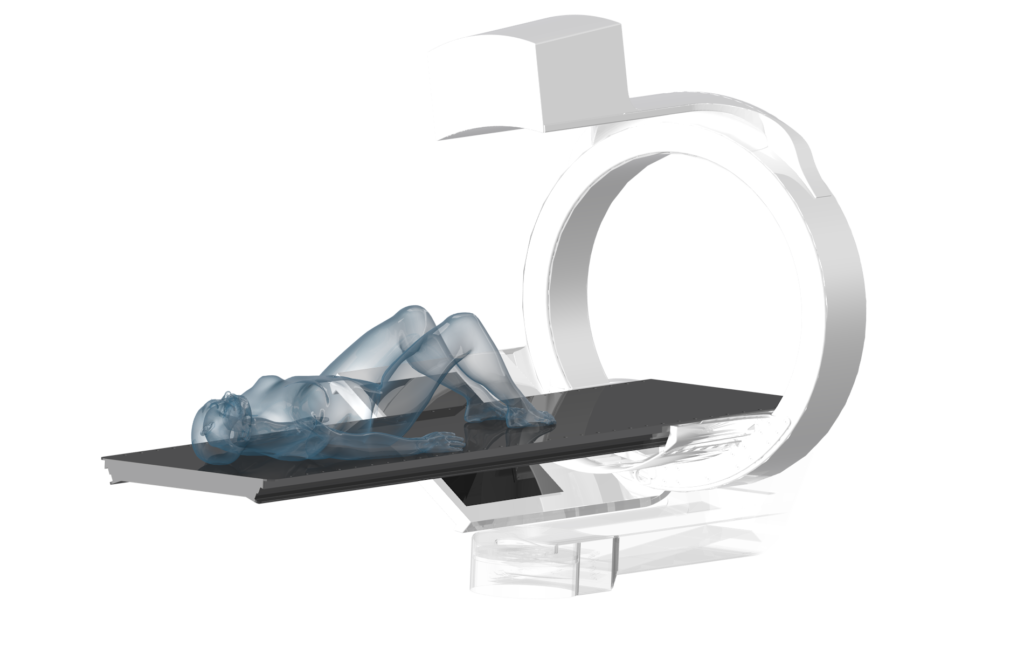 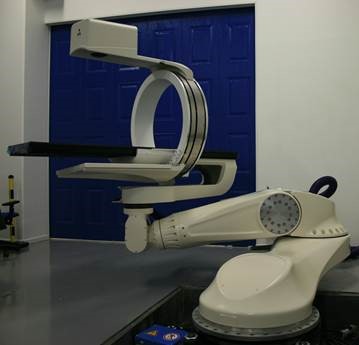 To get more detailed information about the ImagingRing feel free to contact us under sales@medphoton.at.

Contact our sales department for more details under sales@medphoton.at. 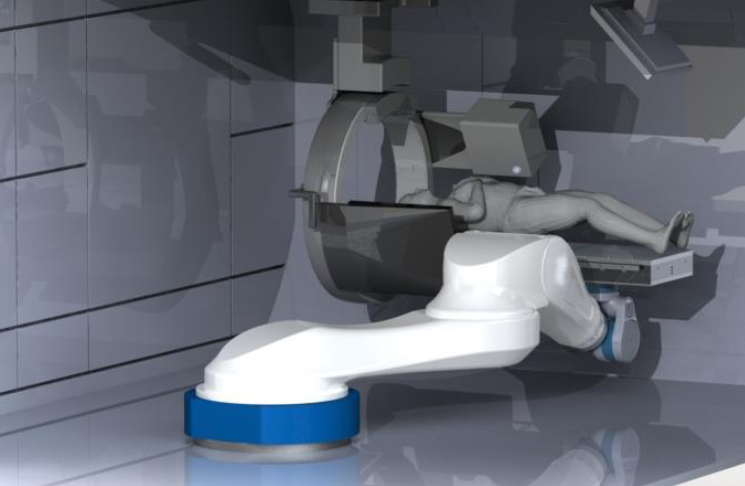 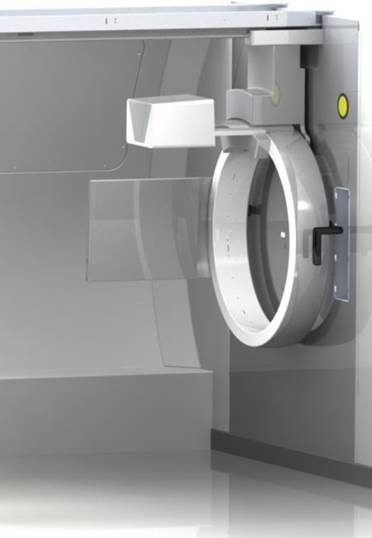